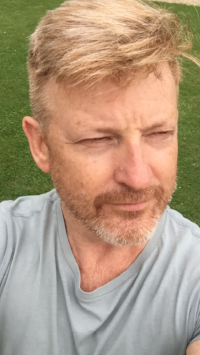 At the RSAMD (now the RCS) Maurice was incredibly lucky to get to study with Patricia Hay, who at that time was a principal at Scottish Opera playing such varied roles from Musetta in Puccini’s La Boheme to Lucy Lockett in The Beggar’s Opera. It is with Pat that Maurice started to develop his skills not only for German Lieder and Opera but also for his career in Musical Theatre. On moving to London, Pat very kindly introduced Maurice to Ian Adam, a no nonsense, charming Scotsman who’s career had began with classical roots but had developed his teaching to encompass all styles of music. The perfect person to continue his training with. Ian worked on every style of music with him which is how Maurice continues to work today.

Although he graduated from the RSAMD fully qualified to teach singing, it wasn’t until 1991 that he decided to start working with others to help develop their skills. A ‘job’ he is as passionate about now as ever. In 1997 Maurice took on the post of Deputy Head Of Singing at MPA Performing Arts until 2005 when he and his husband David Ashley, moved from London to Oxfordshire.

Maurice now teaches privately in London, Oxfordshire and Cheltenham with singers, actors and dancers developing their skills for auditions both in the profession and for Musical Theatre and Drama colleges. He also teaches at the prestigious Corraine Collins Dance School in Cheltenham where he develops the students vocal skills through weekly choir sessions.

He is as passionate about his work now as ever. With every day there is a new challenge, a new adventure, new and exciting talented people to work with.